Jointly hosted by Universitas Indonesia and the Association of Pacific Rim Universities (APRU), the 11th APRU Population Aging Conference was held over two days on April 7 and 8. This conference is the Annual General Meeting for the APRU Population Aging Research Program, and Keio University was actively involved in various aspects of the program’s management, including the Annual General Meeting, while it served as program organizer from 2018 to 2020. Although the 11th Annual General Meeting was originally scheduled to be held in 2020, it was postponed due to the spread of COVID-19 (coronavirus disease); moreover, this was the first time that the meeting has been hosted online.

The APRU Population Aging Conference this time covered a broad range of aging research not only concerned with the so-called decline of the mind and body’s faculties accompanying the aging process but also the personal growth of elderly people, enabling them to overcome their limits; in other words, research focused on new ways to shift the concept of aging away from simply meaning “longevity” to it being seen as an opportunity for “personal growth.”

On the first day of the conference, former Keio University Global Research Institute (KGRI) Project Professor Hiroki Nakatani (presently Senior Advisor at the Economic Research Institute for ASEAN and East Asia/Keio University School of Medicine Visiting Professor), who served as the director of this program until last year, gave a keynote lecture titled “Ageing Asia: Lesson and Possibility of Collaboration.” Based on the current situation of growing elderly populations in Asia, he provided pointers on responses to the aging societies of the future from a variety of perspectives, including medical care, society, and welfare, through the introduction of Japanese case studies.

Afterward, medical and public health researchers from Southeast Asian countries and regions centered around Indonesia shared information on the current situations and challenges regarding themes such as “metabolic syndrome,” “dementia,” “loneliness,” and “falls.” 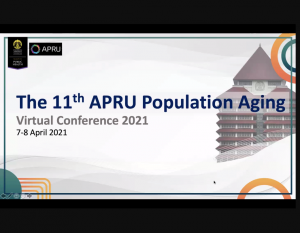 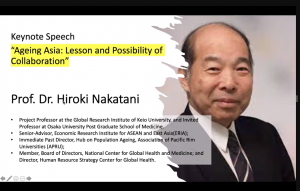 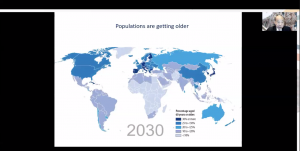 The Keio Summer Program is now open for applicatio

In November of last year, the Keio University Libr